Well back to another day of but don’t forget about everything else that happened. ON 6/26/16, the United States Supreme Court legalized Same Sex Marriage.  Same sex couples around the country were ecstatic and all the states that held out now have to uphold the law of the land. Of course , some states are still stalwart in their beliefs and not wanting to do it. I will say it again, your beliefs do not dictate what the law is. Marriage requires a license from the state. That is law and has been law for as long I have known.  It is getting to the point were people are getting petty about this goes against my belief system. Guess what? This is not your own private business where you do not have to sell cakes to same sex couples due to your religious beliefs, this is a government office. That’s right . You work for the state government and therefore you need to do your damn job. This cannot be the first time the law has done something you didn’t agree with  so let’s not play fuck fuck games now, shall we?

But of course , the sleuths of the internet decide that we do not need to let this decision have a day because of all of the bad that is still going on in the world. Understand, I am not making light of horrific situations that have occurred. I knew about the arson attacks on the black churches in the South ( you have to be well rounded people) but I know the reason why it hasn’t received much coverage. No one has died . It seems whomever is doing this is waiting until these places of worship are empty and then strike. 3 have already been determined as arson and they are working on the rest of them . My facebook feed was full of these holier than thou black people talking about stay woke. What else have black people been doing for most of their lives? Stay Woke. Just because somebody does not post about the attacks does not mean that do not know. I am not trying to make an excuse for all,  but my timeline is not always about news and this all came to light after the Charleston shootings and the call for removing the confederate flag. All these stories have now become a massive story and there is no end in sight.  For every step black people take forward, we are cruelly reminded that we are not welcome ( even though we never asked to come). 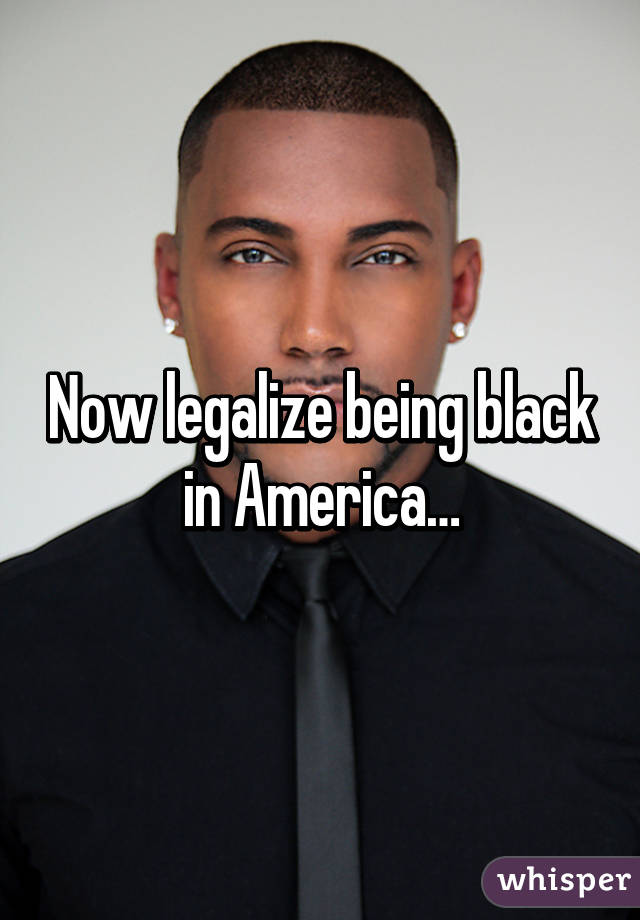 This image symbolizes what being black in America feels like but as I have seen with the same sex legalize marriage law passing, it doesn’t mean it will be respected. We still have people with antiquated values systems teaching their young the same thing.  All of it starts from youth.  Children see and listen what their parents do and talk about. You have a basically a human recorder that will follow everything their parent does. It is only until they start to learn from others and learn for themselves that you see something begin to shape.

There is absolutely no need to one up on anything that happens in the news. You know why. Because we will always have those that will post to inform others and other that take it upon themselves to find out on their own. Humans love to sometimes “put on airs” as if they know something you don’t. The sad statement is  Being black  in general is a very hard life. There is no way to sugar coat it. We are judged for everything little thing that we do and more harshly than other minorities ( although I am sure other minorities would disagree). There always seem to be a battle fought on just being respected by everyone. They say respect is earned but I am wondering when did black people lose it. We are one of the most appropriated cultures from language , to dress to even hairstyles. Hell twerking is considered an art form in Russia but we are just seen as sexual beings if we do it. How does that even make sense?

No inkling of appropriation is OK but some how once it is whitewashed aka when some white people do it, somehow its fresh and new and all those dumb ass buzzwords they like to use.

I hate to say it but it seems like some white people are always late to a party nobody asked them to come to. Every other culture has history and stories that have shaped their cultures and have allowed the traditions to continue. Why is it always seems like there are parts of white culture never had anything to begin with? I guess that is why they were always conquering and taking instead of learning and doing shit on their own.