Just to preface this particular blog, it is not meant for parents of pre-teens. I am not a parent nor would I even be able to offer any advice on the subject. ( back to regular programming)

So I wrote a blog in January about layaway dick( yeah I said it).  The young lady who is what about read it and I think she has forgiven me. Well she hasn’t sent hornets to my house or anything so I will just go we are ok (hugs lady M). Well, it seems the young lad telling his tale has some growing up to do.

We all know and have heard than men mature later than women do in mindset. He is no exception. This young lad has set his sights on getting married after college which is admirable but I have a serious gut feeling that he will be more like a MTV reality show (they haven’t played music in years). He is moving across country to live with a young lady he has known for about a decade.  The huge problem is that they are both suffering from “stunting for Facebook.” Yes the “I love you hunny status and cutsie ish.  (Insert barf emoji) I get being in love but let’s get real, most don’t care and even more some are plotting your end.

He is basically moving without benefit of job and a way to get himself out of it should it go south. With so many things that are not really his it a recipe for disaster.  When they argue, they go without speaking for a week. He claims he knows how to calm her down. Come see me and come live me are two different things. I really wish people would listen to that saying and truly comprehend it. 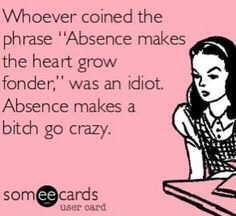 I see a future go fund me stating “please help me get home.” The mentality of a child ( not talking gifted). This mentality only extends basically till the end of the block.   Good luck young one and hopefully the universe will be kind.