This past weekend, I read a tweet talking about a man by the of Aziz Ansari. I state it like this because I know he is a comedian and has produced a show on Netflix. His show has received many accolades and has been received quite well. The story linked to the tweet was about a young lady who went on a date with Mr. Ansari and from the beginning of the story, the date was already headed for disaster. Hindsight being 20/20, we usually will see things clearly after the fact.

They met at a 2017 After Emmy party and she basically approached him because of the camera he was using. He initially rebuffed her until he realized they shared a commonality of old 80’s cameras. They took some snaps of each other and by the end of the night by his request her number was in his phone. 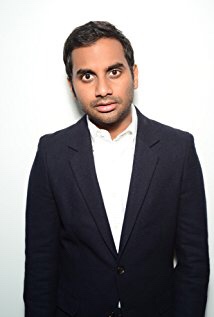 The story goes on the tell all the happenings of the disaster date with accounts from both friends and confirmation of text messages received from Mr. Ansari after she expressed her displeasure of their night together. Article is here Worst date.

Now I read both her account and his apology afterwards. I will admit I honestly saw it as two people who really were not communicating well. Both of them seem to have a huge communication issue and that’s why the interaction ended in a apology coming from him. What did piss me off is the timing of this. We are fully into the revolution of the #metoo and #timesup movements. Both of these are telling the world that victims are tired of not being believed and that their are many who use their power for sexual favors.

Now, I am not condoning his behavior at all but I’m not on her side either. She had plenty of opportunities it seemed to actually end the date. After all, by the way the story is told, we don’t know who she really is so her business isn’t going to suffer and it didn’t seem the date was some sort of in to get on his show. It seemed like a date that because he wasn’t a mind reader to her red over white wine or the fact that after the naked encounter went awry and they watched Seinfeld together and she said “you men are all alike” and he sent her home via Uber, she cried all the way home.

The other problem is why are we being privy to a horrible date when it seems he apologized to you in private? Whether he was truly sorry or not, he extended the apology. So why bring this up?

This of course has brought two major schools of thought. One group is like ” yes girl show us that nice guys are jerks too” to the group that are like “I like him so I don’t see what he did was really wrong.”

Here is the thing. This date was wrong on every account. I know the fear of telling a guy no and maybe not having your life to live but she had a public place to leave him and never speak to him again. She went back to his apartment and did things she wasn’t comfortable with. As for him, his lack of actually paying attention to what she wanted is startling. His behavior reminds of a guy when he is first with someone. Hands everywhere and the ever important piece of a meat between the legs must be touched constantly. The fact that he couldn’t see she was uncomfortable and kept pulling her hand away plus the fact of her saying no.

I can only assume that he caught on after they decided to get dressed and watched tv that she really wasn’t into it.

I know why she cried in the car on the way home. She felt shame. She may even had possibly thought he would have been different but as she stated ” you men are all the same.”

I feel for a level of sympathy for both but the fact that this private date was brought out after that fact that he apologized to her in private just says she wanted to be to tell the world what a douche is really is and that he really isn’t a nice guy. Great. Because the truth is we have suspected nice guys can be just as bad if not worst than the ” bad ” guys.

I have no idea what this will do to his career. What it has done is opened eyes to a phenomenon of dealing with horrible dates and how some people choose to deal. It is a story that isn’t often told but I feel both parties are responsible for the disaster this whole date turned out to be.

Hopefully this will actually make both parties pay more attention and empower some to just walk away.