Black twitter was set ablaze yesterday when the Singer/ Businesswoman Ciara posted a video about women who want to be wives. Her hashtag was #levelup. 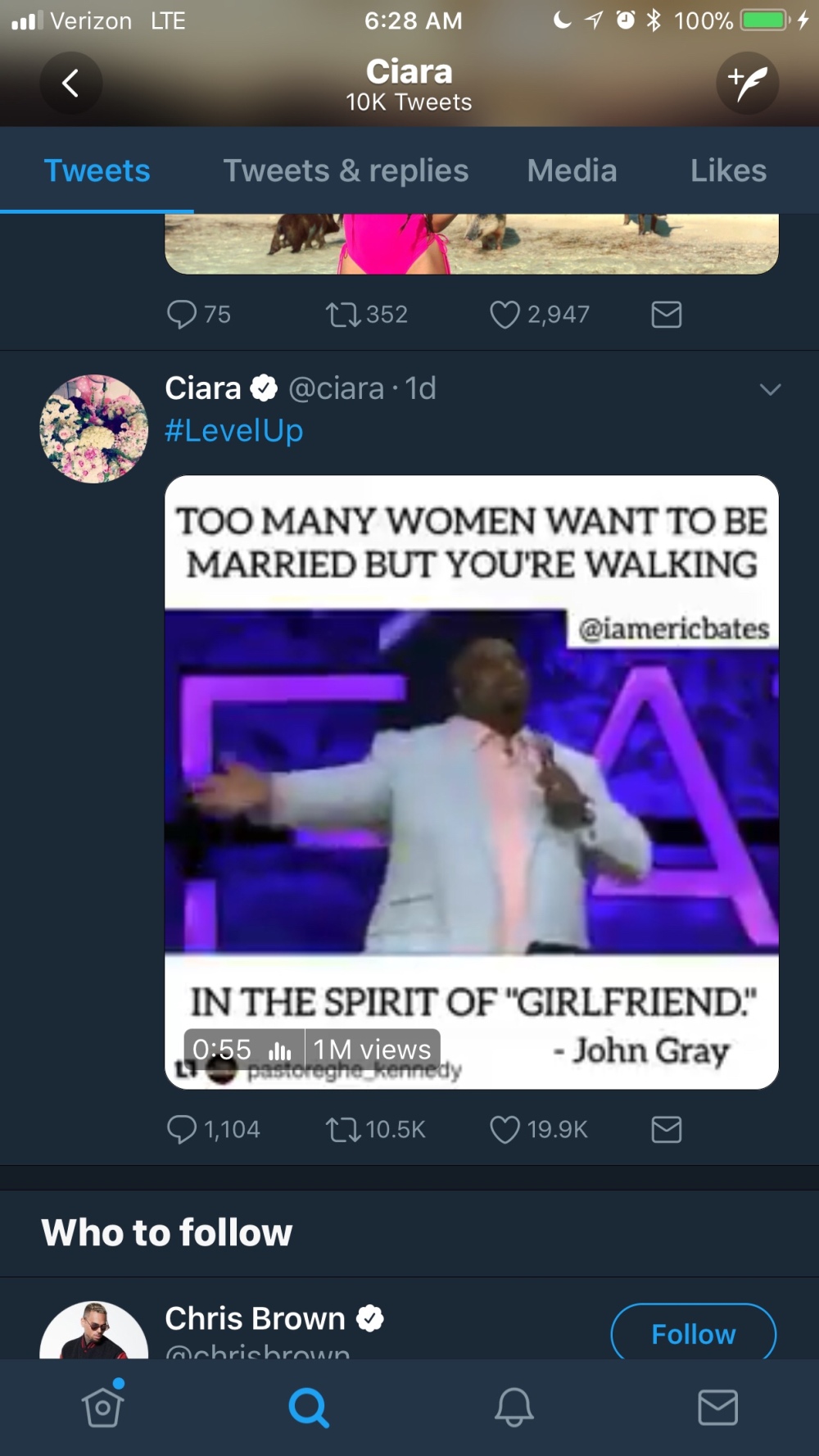 Almost immediately, the wanna be sociologists and psychologists were suggesting that she was just perpetuating the misgynoir about black women and marriage. Discussions about how preachers are always talking to black women and how they have to change in order for hem to be married. The questions of ” why aren’t more men subjected to this scrutiny and more?” I watched the video myself and from my understanding he seem to be saying if you want to be a wife, you have to be willing to walk and act like one. I am only going to assume that he means certain behaviors will only leave you in the path of girlfriend no matter how much you want to be a wife. 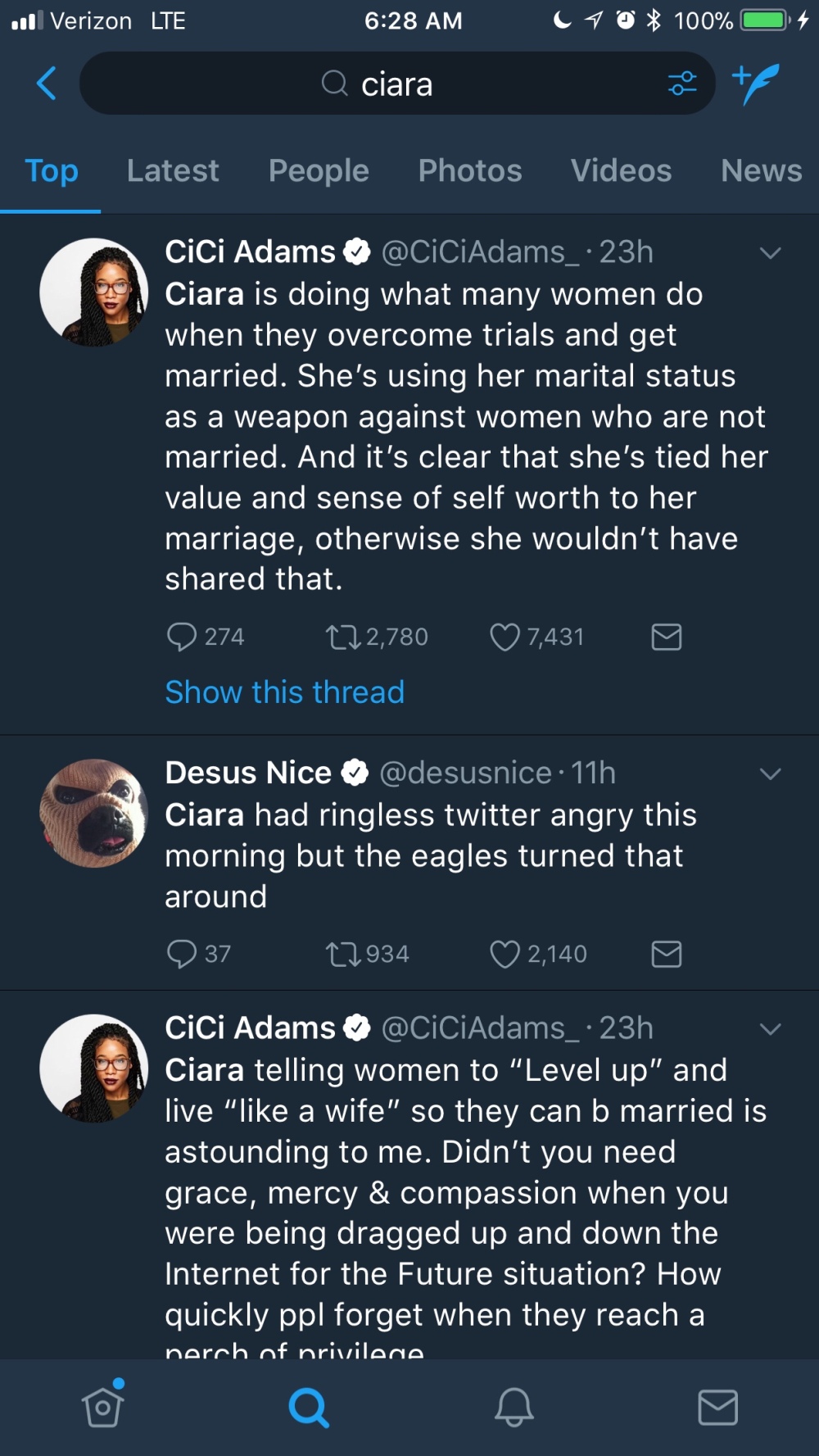 Mini dissertations began and attacking Ciara because of her situation with her baby’s father, Future. Truth is Future was engaged to her when she was pregnant and he decided to mess around. Since she didn’t want to become part of his baby mama harem who seem to be solely dependent on him, she stepped herself up and realized her worth for what she wanted from life and let him go. To say the pettiness between them during that time was crazy was an understatement. After all, both sets of their fans fanned the flames and it was always Future against Ciara. It actually became quite ridiculous. 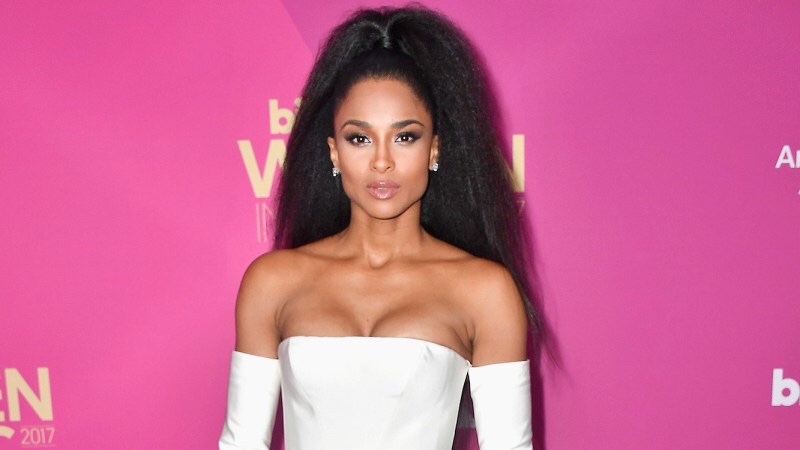 Ciara began dating Russell Wilson and it seemed her personal mindset changed. She wanted to be a wife. She wanted to be a wife to Future but that didn’t work. Instead she found someone who will love her for her but will love and cherish her son. Russell got called everything but a child of god because of how much he expressed his feelings for her.

This posting was more of her talking about her experience and yet single black twitter decided she was calling women out for not wanting to take that next step of being a wife. This is what happens when people unintentionally touch a sore spot in our psyche and all of sudden, they are wrongs don’t they don’t know me. You are right. They don’t.

I saw it as Ciara speaking about her experience. Once she got wind of this stupid backlash, she posted a note about her feelings. 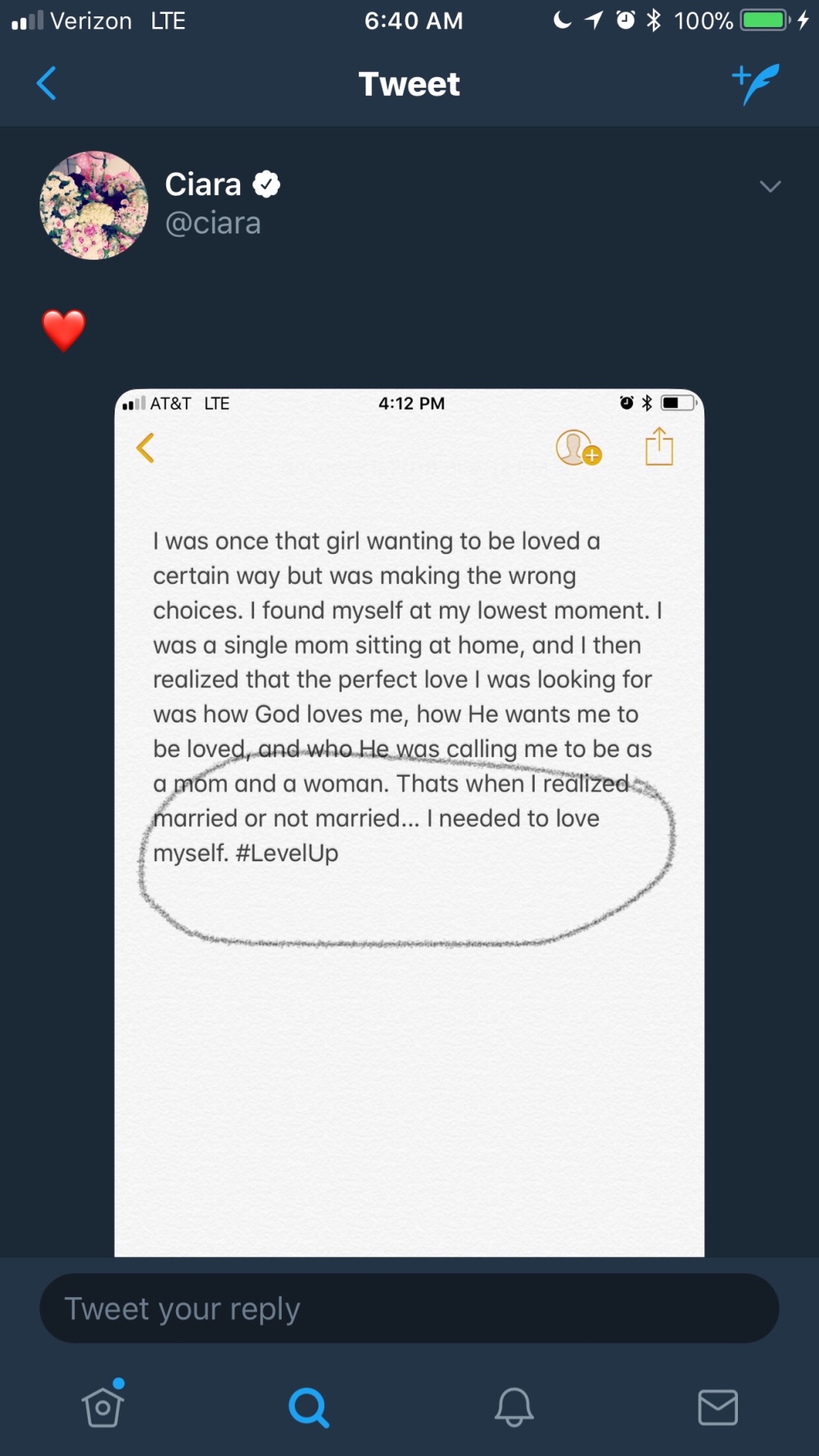 Seems when the dust settled, some people had to adjust their bonnets and wigs and recognize that she wasn’t weaponizing her marriage. She is speaking from a place when she was low. Ciara made that decision to fully love herself first before she can be loved the way she deserved.

I get it. These days anything can set us off but just maybe take a step back first before you start dragging people for filth only to realize that the message is not for you.